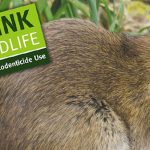 Pest Control news from the BPCA.

Campaign for Responsible Rodenticide Use study is saying that rodenticide resistance in rats has been confirmed in several new areas; acording to pest control news.

These include Durham, Northumberland, Tyneside and North Yorkshire; Greater Manchester and along the River Severn valley from Somerset to north west Shropshire, northern East Anglia and Devon.

Among rats, nearly half have inherited the gene from both parents. The new locations add to an existing widespread; presence in central southern England. One of the genes previously identified only on the Anglo-Welsh border; was found in North Yorkshire, Merseyside and Essex.

This appears to be happening, for example, into Devon on the west, or Kent and East Sussex in the east. A similar phenomenon may be responsible for finding rats carrying a resistance gene in central London.

Meanwhile, pest control technicians, farmers and gamekeepers in these priority areas are being encouraged to submit 2-3cm tail tip samples from rats that died by non-poison means.

Credit for image and full article on BPCA website.